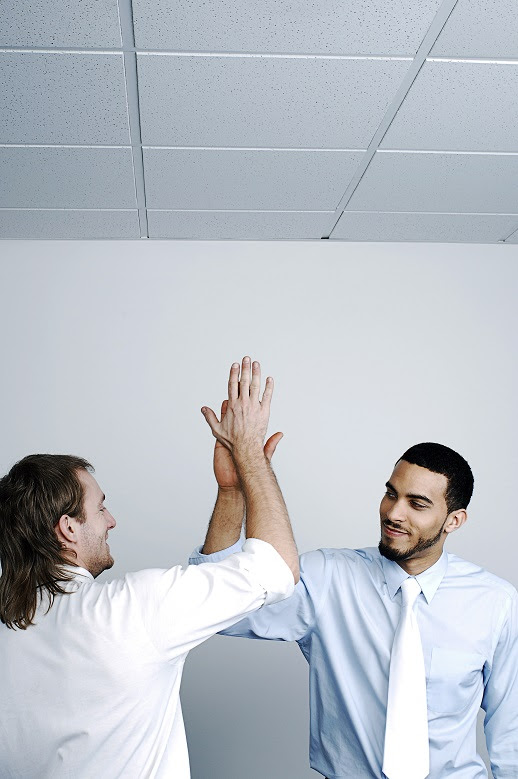 “Silent quitting” is big news these days. The pandemic and the government’s handling of it has created ongoing crises in every segment of the economy, from supply chain issues to labor shortages.

So the last thing any of us want or need is a bunch of employees showing up for work and then avoiding it like the plague. It’s like the manager I asked how many people he had working for him. He replied, “About half of them.”

But let me suggest there’s nothing new here. History repeats itself … again!

►1. The language of silent quitting.

Several years ago, there were lots of articles that talked about all those workers who were “doing just enough to get by.” In other words, the workers would do just enough work to not get fired and the companies would pay them just enough money so they wouldn’t quit.

Then the language changed, even though the issue remained the same. Professor William Kahn began writing about “engaged” and “disengaged workers.” Disengaged workers fell into two categories. Some are passively disengaged, doing what needs to be done, but offering no discretionary effort. Others are actively disengaged, feeling little need to pull their weight and offering a negative presence in the organization.

It was and continues to be a huge problem. According to Simon Parke, Oxford University graduate and CEO of the Mind Clinic, across the world the percentages are quite dismal. 41% of the workers in organizations are engaged; 38% are passively disengaged and 21% actively disengaged.

Now we are talking about “silent quitting” as though it is something entirely new. It’s not.

But it must be aggressively addressed because it’s not just one company or several companies feeling the pain. We all are suffering when other people choose to “silently quit” and not produce all the goods and services they could.

So what are some steps that can be taken to overcome this challenge? I’ll give you a few steps for starters, in addition to recommending my program on THE POWER OF PARTNERSHIP: 7 Keys to Better Relationships and Greater Teamwork.

You can check it out by going to https://www.drzimmerman.com/programs/keynotes/teamwork-relationships

Many of the silent quitters have a mindset that says, “So what? Who cares? What difference does it make? And what about me?”

It’s somewhat like an order of nuns I heard about. In this particular group, the nuns obeyed strict silence, but they were allowed to speak two words every five years.

After five years of service, one nun reported to Mother Superior who asked her, “What do you have to say?” The nun replied, “Food bad.”

That same nun worked another five years. When Mother Superior asked what her words were this time, the nun said, “Bed hard.”

After another five years of work, having been there 15 years, when she asked for her two words, the nun pronounced, “I quit.” Mother Superior said, “I’m not surprised. You’ve done nothing but gripe about this place since you came here.”

We can laugh about that situation, but silent quitting is not a laughing matter. Even for the quitter, because they don’t fully understand the price they’re paying for making that choice.

For one thing, quitters LOSE self-esteem. There is simply no way a person can feel good about themselves and do a poor job of anything.

You know what I’m talking about. You never feel good about yourself when you give the bare minimum or produce a mediocre result. Oh, you may feel relieved that you got out of an undesirable task or feel a little sneaky that you pulled the wool over the boss’ eyes. But that is not pride or self-esteem. That is nothing more than deceit. And no one ever builds a happy, successful life or career on a foundation of deceit.

Oh sure, there are a handful of people out of the billions on this planet who get and have everything they want without doing any work. They may have won the Powerball lottery or got a huge inheritance. Everybody else has to actively, consistently pursue their goals to get all the happiness and success they might desire.

As I tell my coaching clients, the dictionary is the only place that success comes before work. And LOSE means Lack Of Sustained Effort.

If you tend to be a silent quitter or know someone who is, ask yourself two questions. Do you really want lower self-esteem? And do you really want less success? Because that’s what you always get when you quit.

►3. Give silent quitters the one thing they all need.

The truth is there will always be engaged and disengaged workers in an organization. Silent quitters won’t disappear.

After all, there are lots of unhappy people out there who will let their own unhappiness spill over to the workplace. And no employer, however caring they might be, can make that go away.

But let me state the obvious. When people feel valued, at work or at home, it makes a HUGE difference.

Many companies talk the talk. They’ll tell their employees how important they are … that they couldn’t do it without them … and together they can do anything.

But they do need to deliver on their words. Or they create an even more alienated workforce that only encourages more people to become silent quitters.

Empty words may be worse than no words. As one employee said: “They’re always talking about our mental wellbeing, but they don’t actually do anything apart from talk, while increasing our workload. It’s a joke.”

By contrast, when the talk is accompanied by action, it is different. As Simon Parke puts it,

If you want to get more out of people, then you must ask yourself what kind of value you are putting into them. What are you doing to tell your people AND show your people that they are truly valued?

Tom Dempsey’s parents did that and the results were remarkable.

Perhaps you remember that Tom was born with only half a right foot and with a deformed right arm and hand. But his parents never told him that he couldn’t do anything … that he was extremely valuable just the way he was.

With that belief inside him, Tom played football in high school and college, quite successfully. But he was turned down by all the professional teams. They looked at his disabilities and concluded he wasn’t professional material.

Tom refused to accept their verdict. He said, “I have learned never to give up. So many times in life and in sports, I have seen things turn around because someone persevered and kept the faith.” And so he kept the faith and made it into the big leagues.

In 1970, in a game between the Detroit Lions and the New Orleans Saints, the Saints were about to upset the Lions. With only 11 seconds left, Detroit took the lead by one point. It looked like the game was over. The Saints had two seconds left and were on the 45-yard line. In came Tom Dempsey to kick a field goal.

Up to that time, the longest field goal had been 56 yards. This one would be 63 yards. The goal posts were so far away that Tom didn’t even know he had made it until the official raised his arms. The Saints won because Tom Dempsey knew he was valuable and not a silent quitter.