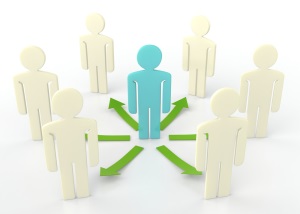 Absolutely!  If you allow your people some control over the changes they are going through, the changes will be much less threatening to them.  In other words, the change isn’t something being done “to” them. It’s something they can shape.

In one experiment, people were given proofreading chores. While they worked on their tasks, loud disruptive noises were played in the background.

However, the people were divided into two groups. One group was given a button which they could push to turn off the noise. The other group was not given such a button.

The group with the off switch solved five times as many problems as the other group. And they only made a fraction of the errors.

Perhaps strangest of all, neither group ever used the off-switch. But the mere fact that the one group could control the noise was enough to stimulate their significantly better performance.

Letting people have a little bit of control over their destinies takes away a great deal of the fear. It makes the change easier to deal with.