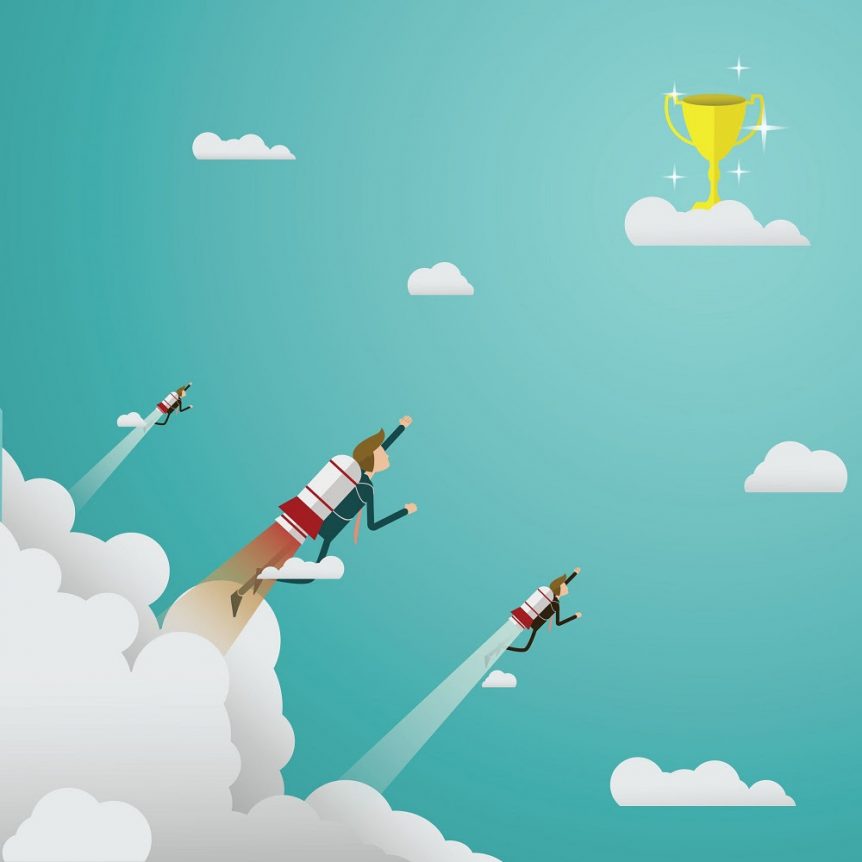 While I was being interviewed on the CBS Morning Show, the broadcaster noted that I had spoken on and written on success hundreds of times. And she said there seemed to be several variables that go into success. I agreed.

But then she asked, “Dr. Zimmerman, if you could boil success down to two elements for our viewers, what would they be?”

My response was simple: getting started and never quitting. For some people, getting started is their biggest problem. They never get started. For others, it’s quitting before they win the success they’re looking for.

If you have a tendency to quit too quickly, this is how you go from being a quitter to a winner.

►1. Decide that quitting is not an option.

As a Wisconsin boy growing up, one of my heroes was Vince Lombardi, the coach of the Green Bay Packers. He said, “Once you learn to quit, it becomes a habit.”

In other words, if you quit once, or twice, or whatever, it becomes easier and easier to quit. And that ensures your status as a loser.

You’ve got to decide up front that quitting is not an option. Movie star Christopher Reeve certainly took that approach.

As you may recall, actor Christopher Reeve achieved superstar status and then had an equestrian accident in 1994 that paralyzed him. Talk about a devastating challenge. And talk about wanting to quit. But he didn’t.

He decided quitting was not an option and went on to dedicate the rest of his life to promoting research on spinal cord injuries. He became a bigger superstar than he ever was in the movies.

Was it easy? Of course not. When he was asked if he ever felt like quitting, Reeve answered, “I don’t think there is anybody who’s ever achieved anything who doesn’t say sometimes, ‘This is too hard.’ Backwards thinking leads to a place of negativity. That’s not where I want to dwell.”

Again, he decided quitting was not an option.

That’s the approach Leonardi da Vinci took as well. He said, “Obstacles cannot crush me. Every obstacle yields to stern resolve. He who is fixed on a star does not change his mind.”

What about you? Have you made the decision that quitting is not an option?

Let your head decide, in advance, that quitting is not an option.

►2. Do not let a momentary setback become a permanent excuse for quitting.

In the pursuit of your goals, you will never go from start to finish without some setbacks along the way. Setbacks are simply a part of the learning process that eventually brings you to success.

Ray Charles and his mother knew that. In fact his whole life was a testament to the fact that you cannot let a momentary failure become a permanent excuse for quitting.

When he was six years of age, Ray lost his eyesight. And to a young, poor, blind child, the future didn’t seem very promising. But his mother told him, “Ray, you’ve lost your sight, but you haven’t lost your mind. You can still create a productive life for yourself.”

Ray began dreaming about becoming a music star. He practiced the piano and practiced his singing every day. One school teacher told him, “Ray, you can’t play the piano and God knows you can’t sing. You’d better learn to weave chairs so you can support yourself.”

That kind of feedback would have stopped most people dead in their tracks. But not Ray. He just stayed focused on his goal of being a music star … even though time after time … audition after audition … he was told he couldn’t carry a tune in a bucket.

So what was going on with all those rejections? Did all those people totally miss Ray Charles’ talent or at least his potential? That’s partly true.

However, all the rejections became learning opportunities for Ray. Instead of quitting, he got better and better at playing the pianos and singing. He didn’t let a momentary setback become a permanent excuse for quitting.

And as an educator, psychologist, author, speaker, and coach, I’m telling you you’ve got to do the same thing IF you want to accomplish your goals and realize your dreams.

Ray Charles did not quit. Eventually he won 12 Grammys and was inducted into the Rock and Roll Hall of Fame for his musical talents. He performed for millions of ordinary people and hundreds of dignitaries around the world.

►3. Adopt an attitude of perseverance and practice, practice the behavior.

Wadsworth knew that failure is the path of least persistence. If you’re not succeeding as often as you’d like, you may not be hanging in there long enough. You may be quitting too quickly.

One of my professional speaker friends, Les Brown, confirmed that. He said that he and his eleven-year old son were playing a board game and for ten games straight, Les won every one of them. Finally, Les said, “Son, it’s getting late. Time for bed.”

The boy pleaded, “Aw, Dad. Just one more game.” But Dad kept insisting it was time for bed.

The light bulb came on, however, when his son countered, “Dad, you don’t understand! It ain’t over until I win!” Now that’s wisdom.