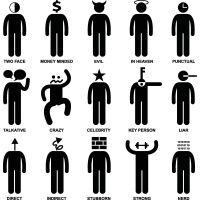 I meet a lot of people who hate conflict. They’ll do anything they can to avoid it because, in their minds, it’s never the right time to fight. I also meet a few people who will fight anybody anytime if they don’t get their way. Neither extreme is very effective. We all encounter both kinds and sometimes they are the difficult people we have to work with.

If you want better results, CHOOSE YOUR FIGHTS CAREFULLY. In other words, know when to fight and when to withdraw. It’s not that difficult to figure out.

Just ask yourself three questions. If you get a “yes” to each question, I would say you’ve chosen your fight carefully. So go ahead. Bring it up, talk it out, and work it through.

The first question you ask yourself is, “DOES A THREAT EXIST?” Is that other person doing something that is getting in the way of your happiness or success?

If you can say yes, a threat exists, ask yourself a second question, “IS IT WORTH A FIGHT?” Some things are worth fighting for, such as a happier marriage or more satisfied customers. Other things aren’t worth the hassle.

One man told me of a year-long battle he had with his son. The father, a military man, despised his son’s long hair. They had several arguments over it, until one day the dad realized he had a good son.

He said his son received good grades, had very nice friends, and never got in trouble. The teachers often commented on how much they liked his son, and indeed, he was an asset to the school.

The dad told me that he suddenly realized that the more he and his son fought, the further they drifted apart. He realized he was losing his son over a haircut. It didn’t pass my second test. It wasn’t worth a fight, so he dropped that issue.

But if you can say “yes, a threat exists” and “it’s worth a fight,” then ask yourself, “IF I FIGHT, CAN I MAKE A DIFFERENCE?” If your experience tells you there is no way the other person will listen to you, there’s no way he’ll go along with you, then shut up. Don’t waste your breath. Don’t fight that battle. You’re going to lose anyway.

Ask yourself these three questions before you get entangled in a conflict. If you do, you won’t be arguing with idiots, and you won’t be an idiot. You’ll be getting more positive results because you’ve chosen to do the right thing at the right time.