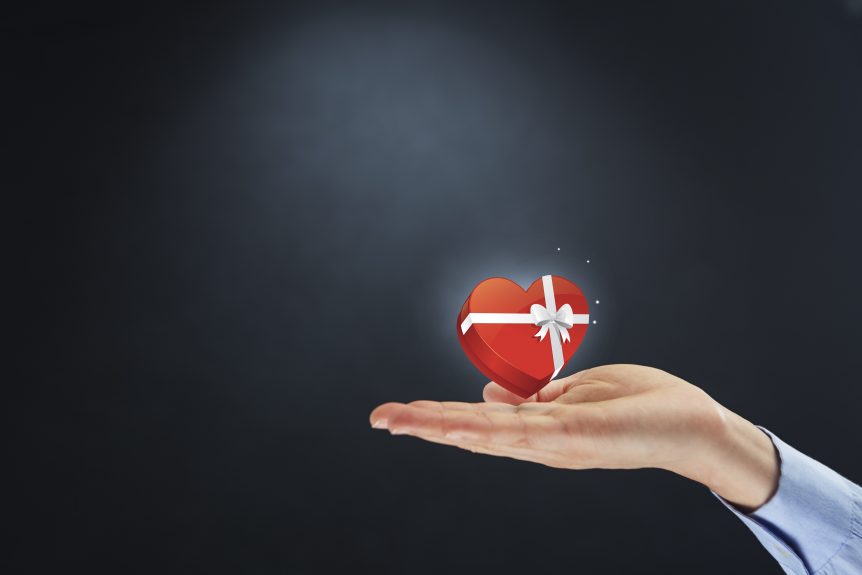 I’ve had a few clients who respond tell me: “Hey, I don’t care if people like me. I’m paid to get my job done.  And I don’t give a da_n if I ever win some stupid Miss Congeniality contest.”

That’s pathetic.  Because they have no idea how much that attitude is costing them, their team, their companies, and their customers.

In a similar sense, have you ever wondered how much people like you at home?

Take Mrs. Willencott, for example.  She didn’t like her husband very much and she was also cheap.  When her husband died, she asked the newspaper how much it would cost for a death notice.

“Two dollars for five words.” she was told.

“Can I pay for just two words?” she asked, “Willencott dead.”

“No, five words is the minimum.”

Mrs. Willencott thought for a moment. “Okay then. How about this? ‘Willencott dead. Cadillac for sale’.”

In last week’s Tuesday Tip, I outlined the characteristics of a TAKER.  I hope to God that none of those six characteristics are true of you.  But today I want to let you in on one of the least known secrets of success … that GIVERS out win takers almost every time.

And here are four tips that will turn you into a more effective GIVER.

They don’t dismiss likeability as some unimportant, touchy-feely, psychobabble or see it as some gossipy drivel that is heard on so many of the TV talk shows these days.

No!  Givers know that true likeability affects the business bottom line … big time.  They know that likeability is not a nice thing to have in business (or in life), it’s an absolute must have.  Because they know that buyers buy from people they like.

My friend and master sales trainer Bill Lee notes, “If 99.9% of buyers do business with people they like, then your skill level at getting your prospects to like you better than they like your competitor is certainly as important … if not more important … than all of the other skills a top producing salesperson must possess.”

Some of my clients will tell me their people are not motivated.  And they want to hire me to motivate their employees.

But I’ll tell them, “No, your people are always motivated.  And if you don’t believe me, watch them race for the parking lot at the end of the work day.  Or watch them get up at 5:00 a.m. for a fishing trip.”

I tell them:  “It’s not your job to motivate or resurrect dead people.  That’s God’s job.  They’re already motivated.  Your job as leaders, managers, supervisors and parents is to channel the other person’s motivation into doing what you want them to do.”

Of course, that’s one of the 12 secrets I teach in my Journey-to-the-Extraordinary program coming to Kansas City on April 19-20, 2018.

For example, these four people became even more effective Givers as a result of what they learned at the Journey.

Art Corwin, the President of the Moretrench American Corporation said, “I immediately started to use more positive rather than negative feedback.  And for your information, we will be sending several more people to your future Journeys.”

Linda Peterson, a Clinical Team Manager at Medica, said, “The Journey content was excellent, but more importantly, I now have some very practical ways to motivate others … and turn Takers into Givers.”

Jon Carley, the Vice President and General Manager of the Hon Company, says, “In a world of negativism and discontent, positive giving behaviors and reinforcement starts with me.”

Bill Phelps, the COO of Ellen Equipment, says, “I found the Journey to be a positive, professional way to motivate everyone (even myself!).”

3. Givers look for things they can genuinely compliment.

One of the most universal traits of humankind is the desire to feel important.  And when people feel important, they tend to be much more engaged and cooperative.

I did that a while ago. I was thinking about the people who had the biggest, most positive impact on my life and Dale Krammes came to mind. He was my radio and television teacher in high school many decades ago, but he was more than my teacher. He was an encourager who believed in me when I didn’t believe in myself. So I wrote him a note to compliment him for going above and beyond the role of teacher and coach.

A few days later, I received a handwritten letter from Mr. Krammes … a rare thing in today’s world of e-mail. But he wrote, “It was a special treat to receive your note. Your kind words of appreciation were a delightful lift for a teacher who has become an old man of 87. I will treasure what you have written always.”

Dr. Ken Blanchard, the author of The One-Minute Manager, says it’s not good enough to balance your praise and criticism.

In one corporate study where criticizing and praising were actually tabulated and the reactions measured … where there was one criticism for each praising … people felt as though they had a totally negative relationship with the boss.

When the ratio was changed to two praisings for each reprimand, people still thought their boss was all over them.

It wasn’t until they got to four praisings for each criticism that people began to feel as though they had good relationship with their boss.

As Blanchard concluded, “It’s clear that if you don’t start giving a lot of praise, the people you work around will begin to think of you as negative and unfair.” In other words, they won’t like you.  And they won’t work as hard with you or for you.

So take a moment to be consciously aware of your ratio. Are you a Giver who gives four times as many positive comments as negative ones?