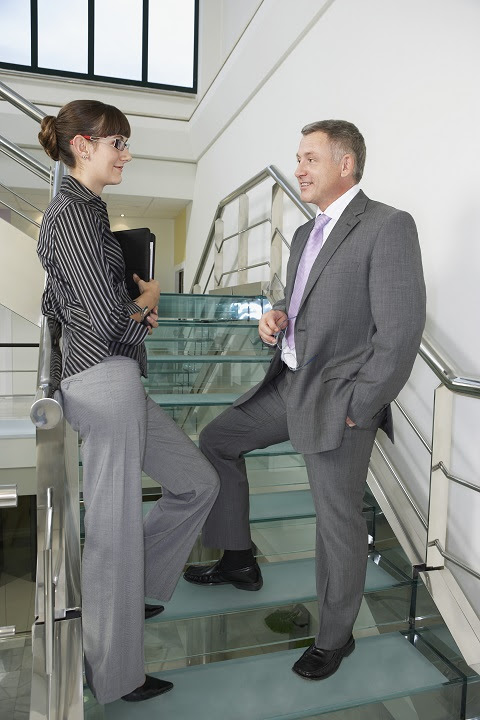 Chances are, you didn’t get up this morning and wonder who you could criticize today. Most people aren’t wired that way.

And even if it’s a part of your job to help people grow and develop, you probably do not look forward to those times you have to deliver some constructive criticism. After all, it’s uncomfortable and unpredictable. The other person could take your comments to heart or could get defensive, combative, or act out in any number of ways.

If you work with people, live with people, or associate with people, you’re going to have some times when you will need to have a difficult conversation with one or more of those people. You will need to bring up some uncomfortable topics, such as the other person’s hygiene, appearance, attitude, sexism, bullying, rudeness, racism, vulgar language, or any number of other inappropriate behaviors.

Of course that’s never pleasant. I know that. Sometimes I have to do that in my personal life and sometimes I need to do it as a coach for one of my clients. But I also know if you and I don’t address those behaviors, the problem will continue.

To become more effective in giving feedback on a person’s objectionable behavior, use these communication strategies.

►1. Let the person know you have some feedback to share.

Do it in a nice way. Ask if they have a few minutes to talk now or if they would like to talk later. Don’t start the conversation right before lunch, or when they’re going home, or at some other awkward time.

►2. Tell them the feedback you are going to share is difficult for you

Don’t jump directly into the feedback. Share your feelings first. If you are uncomfortable let them know that too.

►3. Be careful in reporting what others have said.

If other people have complained about this person’s behavior, don’t go into too much detail about who they are and what they said. Otherwise you could end up talking about those “other” people.

Keeping it simple, straightforward and honest is usually the best policy. Many times the person doesn’t realize that they are being a bully, are rude, are using inappropriate language, or have bad breath. And many times the problem is “cured” immediately by simply stating the problem directly.

The key to persuasion is WIIFM … what’s in it for me? When you tell the other person the benefits, or what they can save, gain, or accomplish by changing their behavior, you get their buy in and cooperation.

If you are the manager, set up an agreement that outlines what the person will do to change their behavior. And yes, you can even do this as a parent who sets up an agreement with your kids. It works.

When I am hired to coach someone with poor behavior, I ask them to tell me what their new change goal is. Together we outline what they are going to do to change, the steps they’re going to take, the overall time frame, and the due dates for each step along the way. I even measure the results by asking other people in their workplace to provide feedback about the person on a regular basis.

Constructive criticism is not a one and done. For the other person’s changed behavior to stick, follow up is often needed. Some people need more than a one-time feedback session; they need continuing feedback as to how it’s going.

That can work magic. As the world’s greatest management principle asserts, what gets measured gets done. And what gets rewarded gets repeated. Let the other person know if they’re making progress or not (what gets measured), and when you see progress make sure you reward it so they repeat it.