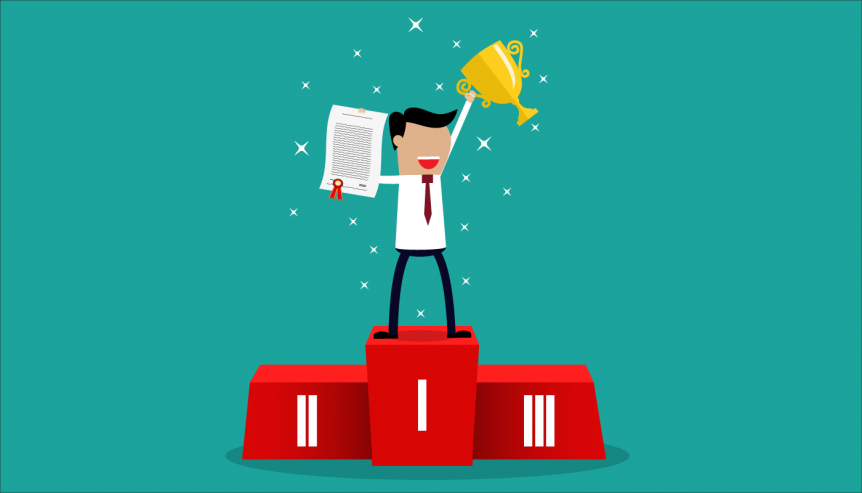 95% of the people who reach retirement age in the United States are not or will not be able to pay for their basic needs … without some form of government help. Partly because they did not grab hold of the 10 most powerful words.

By contrast, a person who immigrates to the United States is four times more likely to become a millionaire than a person who is born here. Partly because they do grab hold of the 10 most important words.

So what are those 10 words? The 10 words that will determine whether or not you become a champion in life, at home, and on the job?  They are …

I’m sure you’ve heard these words before.  Perhaps many times.

But do you really really know what these words mean and how you can make them work for you?

I would suggest that these 10 words contain many of the secrets to personal and professional success.  Here are some of them.

First, “If it is to be, it is up to me,” means… you have some control over your future.

For example, you have some (not total) control over your paycheck.  I’ve often told my coaching clients, if you want to double your paycheck, triple your value.  Do some things that make you more and more valuable to your employer and/or customers.

When you do that, one of three things will happen. One, your present employer will respond with raises, bonuses, and promotions. Two, a new employer will find and grab you. Or three, you’ll discover some entrepreneurial opportunity and move on to writing your own paycheck.

Second, “If it is to be, it is up to me,” means… you must invest in yourself.

You cannot solve today’s problems … let alone tomorrow’s challenges … with yesterday’s skills.  Or as my coaching friend Marshall Goldsmith says, “What got you here won’t get you there.”

Despite this basic, common sense truth, I come across so many people who do little or nothing to improve themselves.  They don’t buy or read educational books and they don’t invest their time and money into seminars that would be tremendously beneficial to them, on and off the job.

And then they wonder why they aren’t any better off today than they were last year.  Duh!

F.Y.I.  Hundreds of people have found my Journey-to-the-Extraordinary program to be one of the best investments they ever made.  Scott Fisher, a business manager at Merck, said “I’m a better husband, father, friend, manager, and coach as a result of your Journey program. You gave me new skills that made all the difference in the world.”

My next Journey will be April 19-20, 2018 in Kansas City.  To take advantage of the Early-Early Bird pricing, go to https://www.drzimmerman.com/journey

Third, “If it is to be, it is up to me,” means… you must exercise some courage.

One young man understood the courage part. It was his last chance. He was a senior and his goal was to make it to the state wrestling championships. He had to win this match to get a fifth-place medal and get into the championship rounds.

Unfortunately, when the match was over, he stood with his head down as the referee raised his opponent’s arm in victory. It was not even close. He had lost 14-0. His high school wrestling career was over. There would be no state tournament for him. Not now … not ever. It was his last chance and he blew it.

He remembered that when he first went out for the team in the ninth grade, the kids on his own team made fun of him.

His sophomore year was not much better. More comments behind his back. More hurtful statements to his face.

By his junior year, he had developed his own one-armed style. And what a leg wrestler he became. He had won almost as many matches as he had lost.

And his senior year … the greatest moment of his life came when his coach told him the team had picked him to be one their captains. He ended the season with 11 wins and eight losses. And even though he wasn’t the greatest wrestler, he was a great competitor. He earned the right to represent his school on the mat.

And now his wrestling career was over. His opponent was hugging him. His coach and teammates were picking him up and putting him on their shoulders. He saw Mom in the stands crying. And Dad was filming the whole thing. The crowd was still on its feet cheering.

They were giving this “losing” wrestler a standing ovation because the one-armed kid had taught everyone a lesson. He taught them WINNING IS NOT THE ONLY THING … COURAGE IS.

Fourth, “If it is to be, it is up to me,” means… you must understand the purpose of brick walls.

In other words, you will run into some brick walls as you pursue success.

They’re no big deal.  The important thing is … Do you understand the purpose of those brick walls?

When Randy Pausch applied for a job at Disney, he said he received “The nicest go-to-h_ _ _ letter I’ve ever gotten.” But the rejection didn’t discourage him and he eventually wound up doing work for Disney.

The purpose of brick walls is to define who you are, what you want, what really counts, and what you’re willing to fight for.  Until you know the answers to those questions, you’ll never have the life, the relationships, and career you want.

The great educator Booker T. Washington said it best.  He told his students back in the 1800’s, “Success is to be measured not so much by the position that one has reached in life as by the obstacles that one has overcome while trying to succeed.”

A new year is right around the corner.  And you can make it a great year if you simply remember one thing:  If it is to be, it is up to me.