Some People Dream Of Worthy Accomplishments While Others Stay Awake And Do Them.

In the 1920’s, he began selling paper cups and playing the piano to support his family. He worked hard, and he did well. In fact, he became one of the top sales people for the Lily Tulip Cup Company after 17 years of hard work.

He convinced two brothers who owned a small restaurant to buy his machines. In fact, he went into business with them, until some time later, Ray Kroc bought out the brothers.

Ray decided to keep the brothers’ name on the restaurant, however. “McDonald’s” had a nice ring to it.

Ray Kroc was successful, but he did not become wildly successful until he set a specific goal. The same is true for you. There’s tremendous power in setting specific goals.

Unfortunately, three problems get in the way. The first one is lack of awareness. Most people don’t think much about “setting” goals. They just think about going to work and doing their jobs. 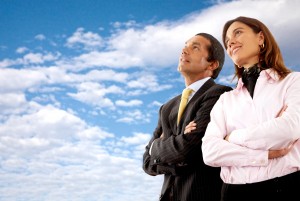 That’s okay–to a point. If you know how to do something, you may always have a job. But if you set a goal, if you know where you want to go, you have a much better chance of becoming wildly successful.

And the third problem is lack of wisdom. Most people spend too much time on activities that are tension relieving instead of goal achieving. In other words, most people spend their time doing what comes naturally, doing what feels good or keeps them out of trouble.

Very few people step back, apply wisdom, and examine their actions. Hopefully you’re one of them. As fitness coach Kate Larsen says, “Every choice takes you closer to or further from your goal. Where did your choices take you today?”

As a reader of the Tuesday Tip, I don’t know if any of these problems are getting in your way. I don’t know if they’re stopping you from being a goal setter or a goal achiever. But I do know that you’d like to be wildly successful.

So start by asking yourself a question. ASK, “WHAT GOALS WOULD YOU SET FOR YOURSELF IF YOU COULD NOT FAIL?” Don’t ask if it’s possible or impossible. Don’t worry about failing. Just focus on what you want, and let that be your guideline for setting goals.

Then, VISUALIZE YOUR GOAL. Practice it in your mind as though it were already accomplished. The clearer your picture and the more often you view it, the easier it will be to accomplish your goal.

It’s like the legend of the prince with the crooked back. He asked a sculptor to “make me a statue of how I would have looked with a straight back. I’d like to see myself as I might have been. “

Just like the prince, we all have faults, and some of us have goals. But you start the process of achieving your goals when you visualize your goals.

Are you willing to do whatever it takes? Winners are willing. They don’t expect something for nothing. And they don’t expect anyone else to do it for them. Winners accept complete responsibility for their lives, and they don’t make excuses. They’re very tenacious. They keep at it. As Winston Churchill said, “It’s no use saying you are doing your best. You have got to do what is necessary. “

This week, ask yourself what goals you would set if you could not fail. Pick one that really appeals to you and start visualizing that goal all achieved and accomplished. Practice your visualization at least three times a day for at least 21 days. You’ll be delighted with the changes you’ll see and the progress you’ll make toward goal achievement.