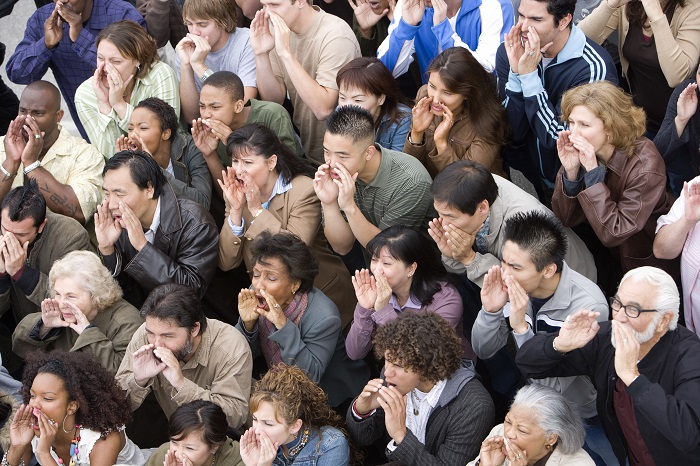 Any change brings an array of emotions from excitement and panic to anger and disgust.

Some employees see a re-organization taking place in their company and they’re relieved because they know the company was long overdue in making some needed changes. Other people in the same company are crying, “Yeah but, we’ve always done it this way.”

The truth is any change, even good change in your personal life or professional life, is going to bring about a host of emotions, good and bad. That’s a given.

The question is “What can YOU do about changes you may not like or that are being forced upon you?”

And there are a lot of them out there.

Perhaps you’ve seen the e-mail that’s been floating around the Internet that says little has changed for the better since 1980.

It reported that 80% of the world’s people still live in substandard housing; 70% are unable to read, and 50% suffer from malnutrition.

Well that e-mail intrigued author Philip Yancey who wrote Fearfully and Wonderfully Made. He spent a great deal of time tracking down the statistics from authoritative sources … only to find out that e-mail is downright wrong. In fact, the world has made major strides in the last 30 years.

According to the best estimates, 25% — not 80% — of the world’s population lives in substandard housing. Thirty years ago, the global literacy rate was 53%; now it’s 80% The percentage of people suffering from malnutrition has dropped more than half … to 20%. And 75% of the world had no access to clean water; now 75% do.

As Yancey puts it, “Such good news rarely captures the attention of the media, which continue to portray the world as teetering on the brink of cataclysm.” The news focuses on gloom and doom. And so do a lot of people around you at work, at home, and in the streets, all protesting something.

Of course, Yancey’s research found out there’s a lot of good news out there. But you seldom read it or hear it. So maybe it’s time to doubt the doomsayers.

One more example. Back in the 60’s, the most popular and explosive (excuse the pun) book in the country was Paul Ehrlich’s book called The Population Bomb. He predicted huge famines would occur in the 1970’s and 80’s, with hundreds of millions of people starving to death. That simply did not happen.

But then the prediction was lowered to 15 billion, then 11 billion, then 9 billion. Some “experts” now say the world’s population will peak around the year 2050 and then possibly decline. In fact, the birth rate has fallen so dramatically in Europe, Russia, and Japan, “experts” are now worrying about the dire consequences of an aging population that is not being replaced by younger generations.

So you need to add a bit of healthy skepticism to all the gloom-and-doom news out there.

I learned how to do that in a most unusual way. And thank God I learned that lesson because I wasted so many of my younger years complaining about a host of things, saying this wasn’t “fair” and that wasn’t “fair.”

I learned that lesson as a volunteer in the refugee camps of Thailand … where thousands of Cambodians and Laotians were running from the killing fields of the Khmer Rouge. I soon realized … by comparison … I didn’t have that much to complain about.

Yes, there’s lots of change out there and those changes may be making your life, work, and relationships a great deal more challenging. But you must keep things in perspective.

Of course, some of you are saying, “Yeah, Dr. Zimmerman, but how can I do that? Keep things in perspective?”

Two things. First, you must remember that things could be worse. You could be shot at when you leave your house for work. Or you could be imprisoned or beheaded for not worshipping the way some people think you should.

Second, you must remember, wherever you are, you’re not going to stay there. As John A. Simone, Sr., indicated, “If you’re in a bad situation, don’t worry; it’ll change. If you’re in a good situation, don’t worry; it’ll change.” And Robert Frost, one of America’s greatest poets, said he could sum up everything he learned about life in three words: “It goes on.”

So keep things in perspective.

That’s what Carol Tweet’s daughter learned to do. As Carol wrote, “Your ‘PIVOT’ book is awe-inspiring. It should be on the #1 best-seller list forever. I gave it to my 15-year-old daughter to read. She started a journal based on ‘PIVOT’, is taking notes, and highlighting all over the book — which I am so happy to see. She is telling her friends about it. It has given her a greater self-esteem and a positive attitude. So today I wanted to say THANK YOU. You have made a difference in my life and the lives of my family and friends.”

You can get a copy of “PIVOT: How One Turn in Attitude Can Lead to Success” by going to https://www.drzimmerman.com/product/attitude-can-lead-to-success

Your past may have included a special relationship, a certain lifestyle, a particular vacation spot, or even a specific position in your company. Well, some of those things may have to be put on hold for a while … or even let go.

Don’t waste your time bemoaning what could have been or should have been. To resist change, to refuse to adapt to it, or to deny it, is like holding your breath. If you persist, you will kill yourself.

Peter Drucker, one of the all-time great management experts, said people fail because of what they will not give up. They cling to what has worked in the past, even after it has clearly stopped working.

What about you? Are there things in your life you have to let go? Are there behaviors, expenditures, or experiences you need to say goodbye to?

You’ll probably find that you have very few items on List #1. And that will make saying goodbye to a few things on List #2 a bit more tolerable, if you need to do so in changing times.

Dr. Zimmerman’s Tuesday Tip, Issue 1004 – 3 Ways to Cope with Changes You Don’t Like